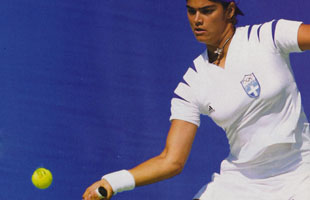 Played only 3 tournaments in the beginning of the year, then got injured during 3rd round of qualies in Bushey (GBR/ ITF). Tore the ACL on her left knee during the match against Arn. Had a surgery and therapy period of 4 months before coming back on tour end of June to play ITF in Orbetello (ITA)